Becoming Beth - a Diary in Bullets 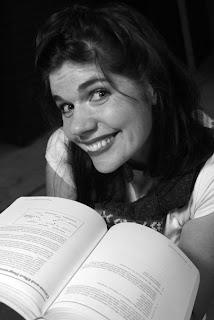 and I really like this one that Chad taught us:

She stood on her balcony, nimbly mimicking him hiccuping
and amicably welcoming him in.

Oh, I wish I'd been able to see it. I'm sure you were excellent! Your diary brought the whole theater experience back so vividly. The best part is being part of it.