What We See and Don't See 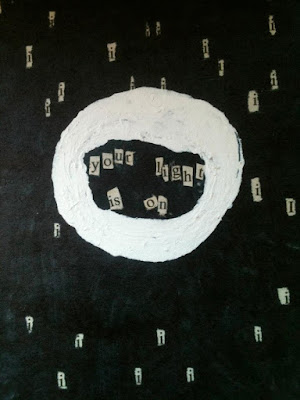 My father once saw a soap bubble float across the road as he drove home from work. He described it as perfect and alone in its incongruous drift through traffic. He didn't want to hit it. "I'm sure it was a fairy," he said.

My father believed in magic. He read everything there was to read about the Arthurian legend. He was logical and orderly, and his handwriting was that of a draftsman -- squared off capital letters that let the reader know exactly what his message was. He was gifted in spatial thinking. He could build a bathroom where there wasn't one and make it look like it was part of the original structure of the house.

I never considered my father very emotional. The story we tell ourselves about fathers is that they are strong, the roots of the tree untouched the wind. I saw him cry a few times. Laugh many. He held his hand over his heart when he laughed hard. He was intelligent, so it was my secret mission always to make him laugh. If I could make someone as smart as he was laugh it was a true accomplishment. To bring him to the laughcry was a rich reward. I love to make my mother laugh too, for the same reasons.

I was, and still am, horrible at building birdhouses. I did, and still do things in a strange and illogical order. I once, just for fun, tried to glue ice together. Being able to make my father laugh connected us when I felt we weren't connected at all.

As I was writing this, my daughter brought up a piece of his stained glass that was hanging in the window downstairs.

It blew off in that big gust of wind.

So I hung up the piece in my studio window, where it catches light in the leaves and curlicues he painted by hand. There are twenty golden circles at the center, like bubbles, to remind me that where I come from, where we all come from, is magical. That anything is possible.


* Artwork created by a high school student at Canterbury High School in Canada, where Dan and I spent time as resident artists a few years ago. And by a few, I mean something like five.